← the deradicalisation of christianity?
what is “justice”? a christian(‘s) perspective →

A few months ago I watched this video and I’ve been meaning to write something on it, though I’ve had it on the backburner for a while.

The video is a preview/advert for Francis Chan’s now-released book, Erasing Hell. I should note I have not read the book, nor do I plan to in the near future (PhD studies… they ruin everything). For this reason I do not know in any definite way what Chan’s view is on the subject of Hell, nor is it directly relevant to this post. I should also note that I am not interested in discussing the content of the book, but only of the video.

The video begins with an air of humility, including the use of biblical metaphors to demonstrate how much lower we are than God, just as clay to the potter. So far so good.

Chan talks about needing to avoid being both heartless and careless on the subject of Hell. Also good.

But then Chan moves into a discussion about wanting to, “just present all of the facts, everything I can think of in this book (the Bible), and let you decide.”

Now don’t get me wrong, I’m not opposed to presenting arguments. In fact I do so all the time on this blog. I defend my points of view vigorously in subsequent debate; that’s how I test my points of view against those presented by others. If the point of view presented by my opponent is better than my own I change my view. This has happened countless times in my life, as I’m sure it has for you.

My problem is not that Chan presents an argument; my problem is with the hermeneutical arrogance and naivety of Chan’s method.

Chan goes on in his video to say he himself is concerned with “arrogance”. He quotes Isaiah 55, where it is said that God’s ways are higher than ours.

“God wouldn’t do this, would he?” is the imaginary question about Hell that Chan asks, imitating what can only be described as his theological opponents (which has been implied enough by now to be people like Rob Bell). Chan’s point is that we cannot base our thinking about God on what we would do. Good point.

But the arrogance of implying that one’s opponents have doubted the standard evangelical doctrine of Hell based solely on their own desire is astounding. It is as if the Bible is dead clear on the issue, and anyone who doubts it is unjustifiably questioning God, while those who hold the standard view are more faithful to God.

At this point I smell biblical literalism and selectivity. These suspicions are demonstrably true in the next five cases of biblical issues presented by Chan which he uses as examples of God acting contrary to modern sensibilities:

1. The curse put on Adam and Eve. Chan unquestioningly assumes that the Adam and Eve story is literal, and that God’s actions should be viewed historically. Many Christians believe this of course, but it is debated and not self-evidently true.

2. Exodus 32, where Moses tells the Levites to kill those in the Israelite camp who had sinned. This is of course a difficult story, but to simply take it on face value is to make an interpretive choice about the text prior to reading, resulting in a conclusion ultimately at odds with Jesus’ later commands about nonviolence. (I have written about certain episodes of violence in the Bible on this blog, so I won’t say more here, though I do have planned soon a post on Old Testament violence.) There is of course much debate about such violent Old Testament passages.

3. The story of Job and his suffering sanctioned by God. Again Chan makes an assumption, this time that the story of Job is historical despite its apocalyptic nature as a text. This is again debatable, though Chan gives no sense that there is a debate at all.

4. The atonement. Chan assumes a certain interpretation of the death of Jesus, namely a particular version of penal substitution. For anyone at all acquainted with this issue you will know there is major debate about this particular understanding of Jesus’ atoning death.

5. The final scenes of the book of Revelation. Chan assumes that the Revelation account is meant to be somehow taken literally, despite its obvious apocalyptic symbolism and the well-known interpretive debates regarding the book. 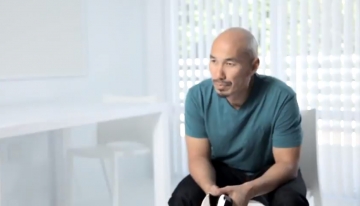 None of this is to say Chan is necessarily wrong about these issues; that’s not the point. My point is that there are very serious and widespread debates about all of these issues and episodes, though Chan bypasses them, as if the stories are simple and clear, and as if his interpretation is simply the correct one. That the examples he gives are so questionable is a serious flaw.

Ultimately Chan seems to assume that the Bible is simply an objective account of God’s timeless will without having been affected at all by human transmission. Moreover he assumes a biblical ethic that requires no interpretation, that is simply and plainly visible in the text.

But a simplistic hermeneutic and literalistic exegesis leads to major issues. Indeed if we adopt Chan’s method why not go about doing what God apparently commanded in the Old Testament in terms of violence? This is, after all, what the text seems to endorse at face value.

Some will argue, “that is Old Testament, but we are living in a New Covenant.” Though I agree, that way of looking at the Bible is an interpretive choice; we don’t have to make that divide between Old and New Testaments if we don’t want to (just as many people pick and choose from the Old Testament as they see fit without any consideration for the criteria for doing so. See my post on Walter Wink and homosexuality in the Old Testament for more on this.)

Can you see my point? We all make interpretive choices; we cannot escape them. To imply a person can read the Bible plainly “as it is” is naive.

The problem with such a quote is at least twofold; 1) it implies critical engagement (“reading into the text”) leads to conclusions that aren’t there, and; 2) it implies others have misrepresented God in their hermeneutic, that somehow Chan is being more humble, more fair and more accurate than others before him, without any evidence to say why.

I suppose this is what we should expect given the subtitle of Chan’s book, “The things God said about eternity, and the things we’ve made up.” It is as if anyone who has had a different viewpoint to what Chan concludes has “made it up”.

Looking beyond Chan’s initial gestures toward humility we actually find an arrogant and naive conservatism. In fact what is presented is almost a form of fideism. Chan seems remarkably negative about our ability as humans to reason, and rightly so – humans are prone to being unreasonable in the name of reason. But Chan’s perspective is odd in light of his claim that he wants to, “just present all of the facts, everything I can think of in this book (the Bible), and let you decide.”

It seems pretty clear that Chan will need to utilise reason to structure his argument as best as he knows how from his reading of the Bible in order to pull together supposed facts to present to us in order that we would use our own reason to decide what is true and false.

Hmm… this talk of facts is strangely reminiscent of a modernistic hermeneutic which esteems reason and certainty above all else. How ironic that Chan employs the very approach he warns against.

Maybe I’m being overly critical of Francis Chan. What I’m not doing is saying that everything he has ever said, done or otherwise is bad or useless – I’m sure he is a good man with good motives who has helped many people.

But this does not make him correct, humble or wise on this issue of Hell or biblical exegesis. Chan’s video reveals an inconsistent and naive hermeneutic which circumvents any complex historical or exegetical debate. I am, however, happy to be corrected in regards to the book, as I realise how truncated videos can be.

By the way, I argue what I have here whether Francis Chan ultimately agrees with my own perspective or not.

← the deradicalisation of christianity?
what is “justice”? a christian(‘s) perspective →