Hello readers! It’s nice to be back on board life.remixed after a week of work travel – apologies for the gap.

Since I’ve been away for a little bit this post will be reflecting on an event from last week. Though it is a little old, I feel that this event deserves some treatment, particularly since I have been asked about it a number of times. 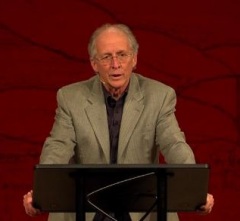 On Wednesday last week the Christian Post ran a story entitled John Piper: ‘God Gave Christianity a Masculine Feel’. It reported that Piper, at the 2012 ‘Desiring God’ Conference (which he founded), declared “God has given Christianity a masculine feel.”

The full transcript of the sermon records that Piper, speaking to a room full of pastors, backed up this claim by saying:

God has revealed himself to us in the Bible pervasively as King, not Queen, and as Father, not Mother. The second person of the Trinity is revealed as the eternal Son. The Father and the Son created man and woman in his image, and gave them together the name of the man, Adam (Genesis 5:2). God appoints all the priests in Israel to be men. The Son of God comes into the world as a man, not a woman. He chooses twelve men to be his apostles. The apostles tell the churches that all the overseers—the pastor/elders who teach and have authority (1 Timothy 2:12)—should be men; and that in the home, the head who bears special responsibility to lead, protect, and provide should be the husband (Ephesians 5:22–33).

The sermon goes on, concentrating largely on the ‘masculine’ life of 19th-century English bishop John C. Ryle. I will refrain from quoting it at length (click the link above for the full text). Much has been written on other blogs, so I will simply offer some points of interest as to why I think Piper’s claims are simplistic, exegetically sloppy and ideologically-driven. END_OF_DOCUMENT_TOKEN_TO_BE_REPLACED