bringing them home: saying sorry to the aboriginal people 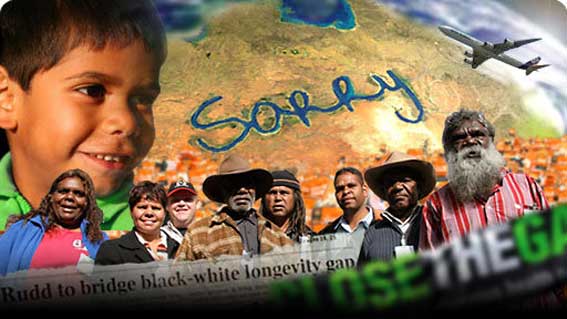 Today (May 26th) is National Sorry Day, and it will be followed by National Reconciliation Week from May 27-June 3.

National Sorry Day was first observed in 1998, one year after a report was tabled concerning the removal of Aboriginal and Torres Strait Islander children from their families. The report, entitled as Bringing Them Home, acknowledged that these children were forcibly removed from their families and communities beginning in the early days of British occupation of the land, and that the government and missionaries were most directly responsible.

Reconciliation Week begins on May 27 with the anniversary of a Referendum in 1967 which removed clauses from the Australian Constitution that were discriminatory to Aboriginal Australians.

The week ends on June 3, the anniversary of the infamous Mabo case of 1992 in which the High Court of Australia recognised Native Title rights and overturned ‘terra nullius’ (the myth that prior to European settlement the land was empty of people and was unowned.)

Clearly this is a significant time for the Aboriginal people and for all Australians. END_OF_DOCUMENT_TOKEN_TO_BE_REPLACED